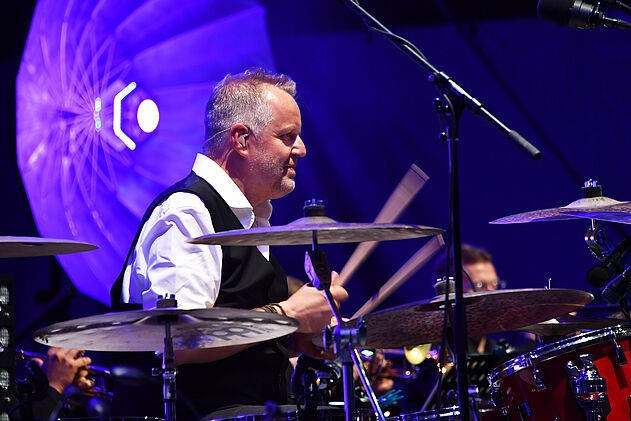 ECHO Award winner, Wolfgang Haffner, has always been a surprising music star. In the past 30 years, “Germany’s coolest percussionist” (ARD) has played with the Crème de la Crème of jazz musicians, including a European tour with Al Jarreau in 2016, and with international music greats from Pop, Rock and electronic music. So he has never bothered about labelling: “One minute they say you’re a jazz drummer, the next that you are a rock drummer – why? You can do anything you want, the important thing is how you do it, and that’s my approach.” The multi award-winning composer and musician has done very well with this approach so far: he has recorded hundreds of studio albums, tours have taken him several times around the world, and he has proved his worth as composer, band leader and producer. In 2014, Haffner was honoured with the City of Nuremberg culture award. This year, he will host the open air Stars im Luitpoldhain for the third time.